Cruise the Danube River from Istanbul to Vienna with Uniworld Cruises on board the River Princess or the River Duchess for 15 nights from $9,899 per person. 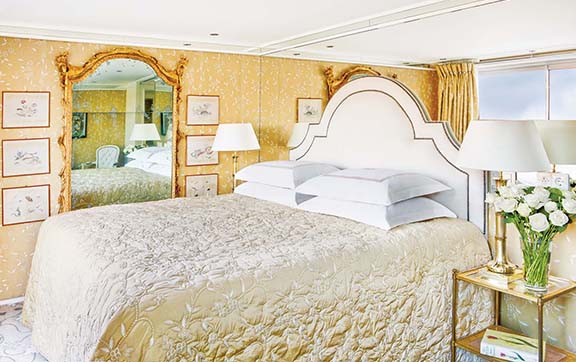 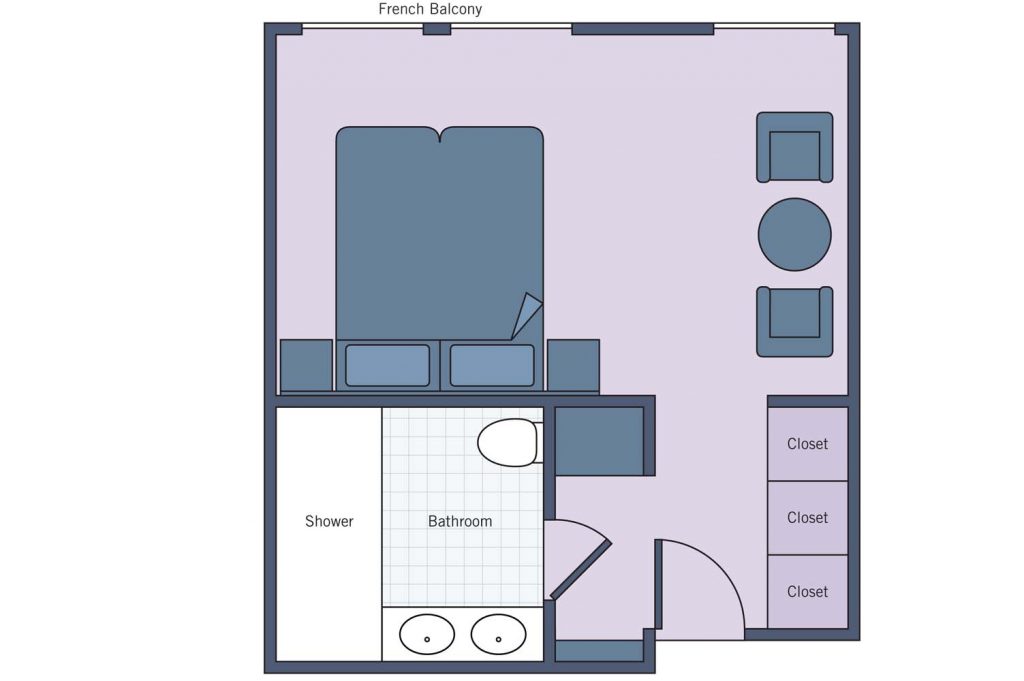 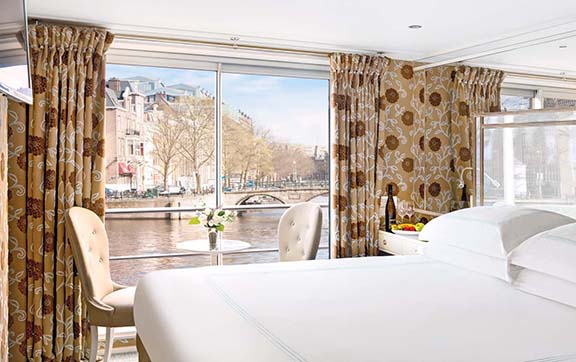 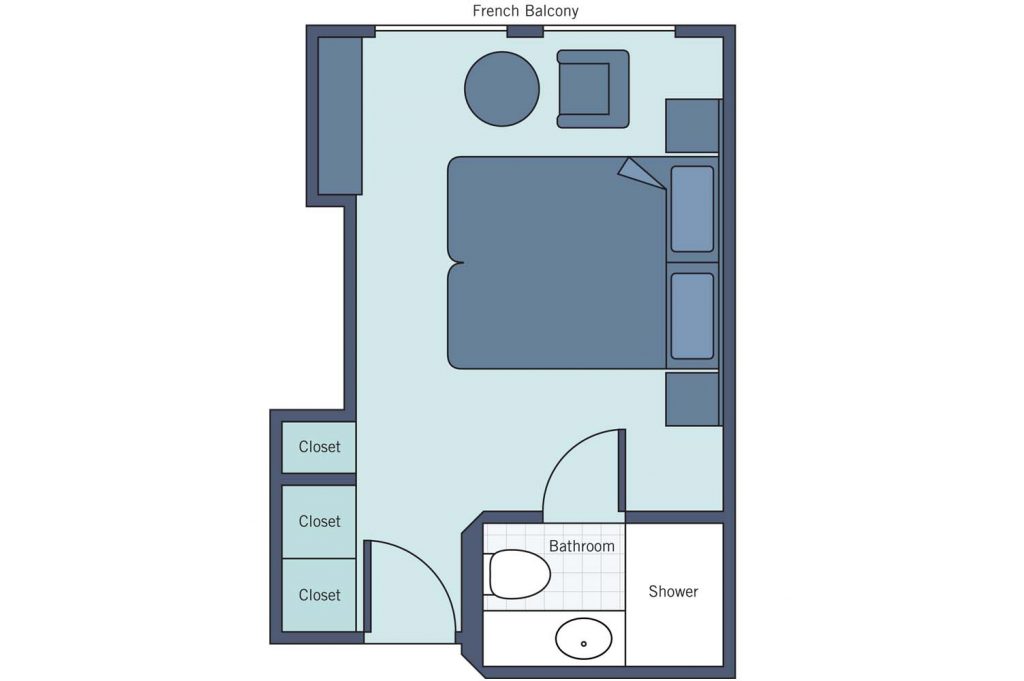 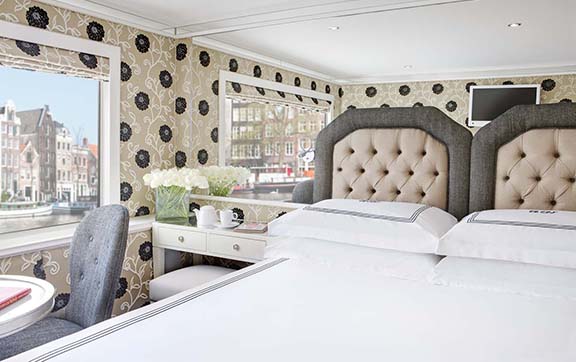 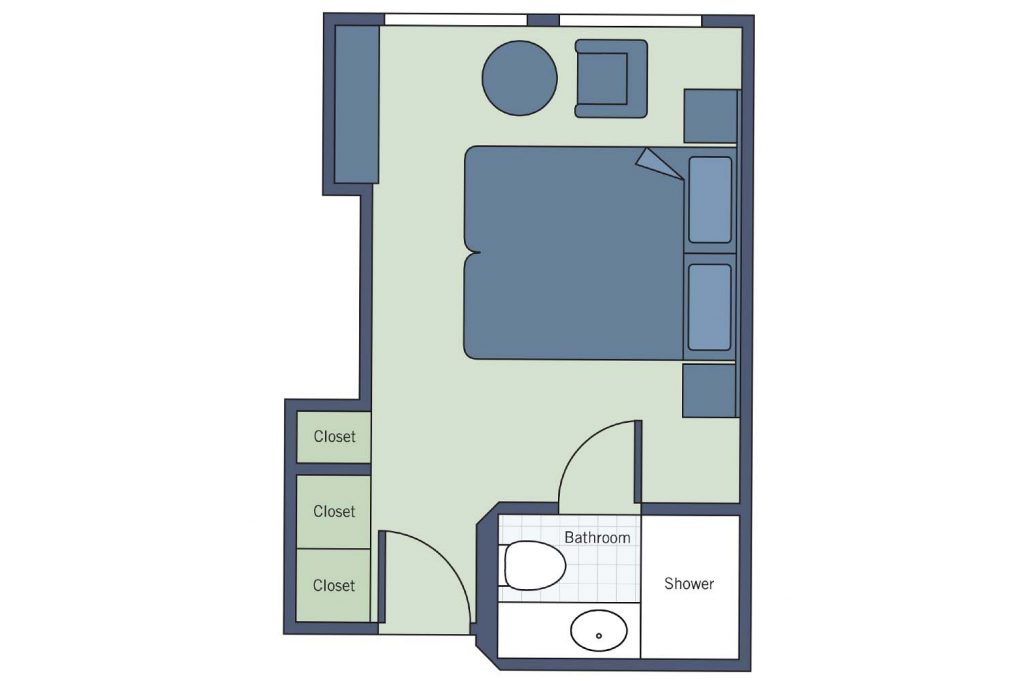 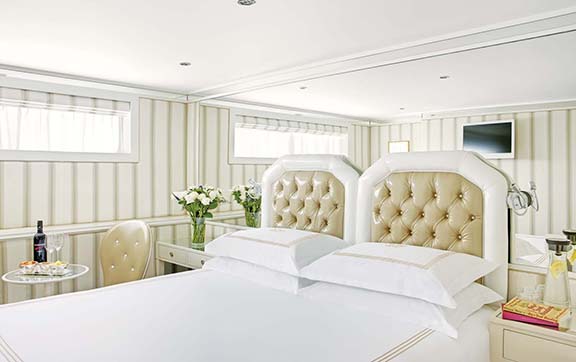 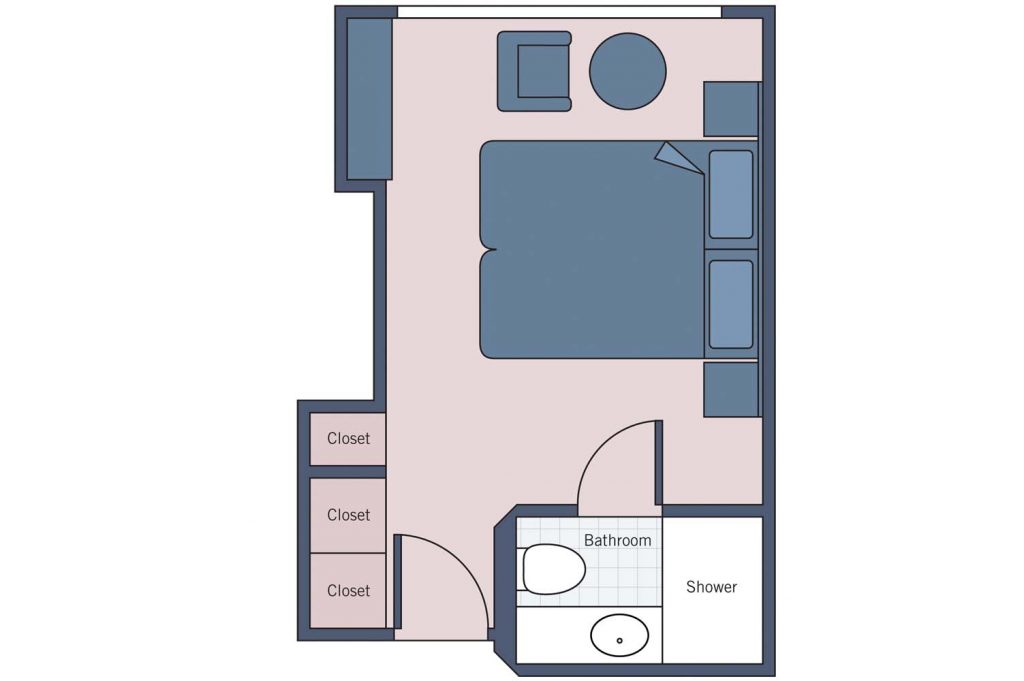 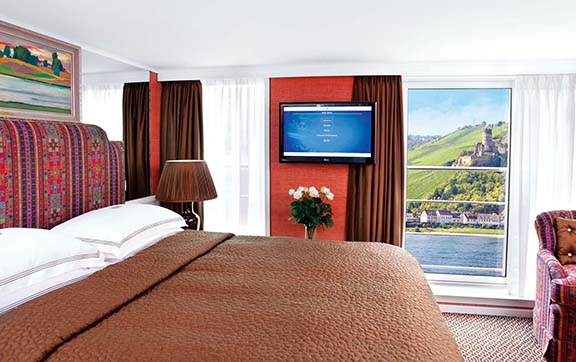 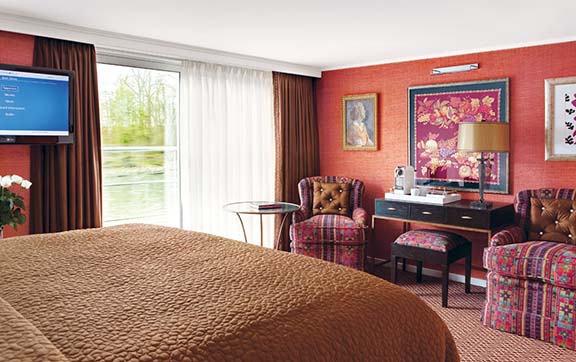 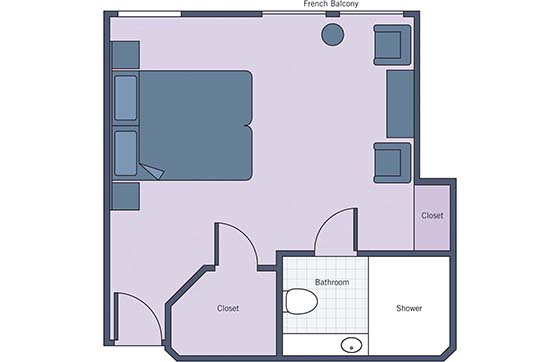 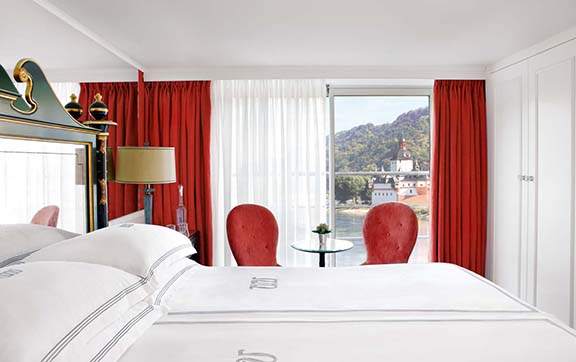 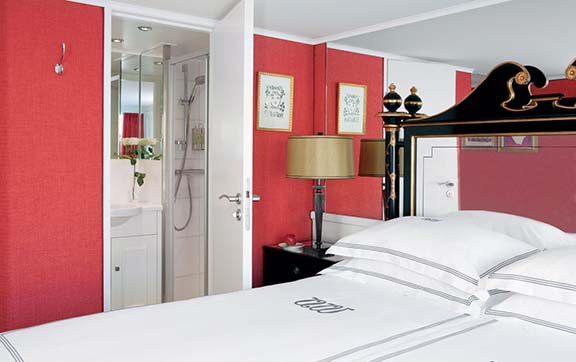 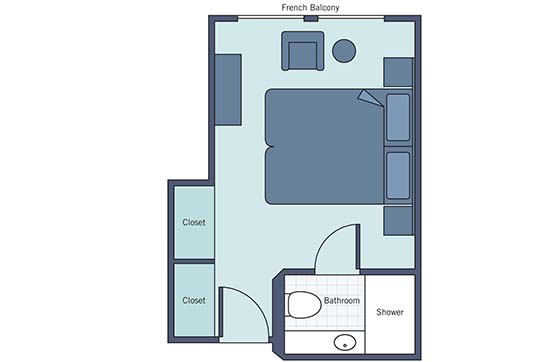 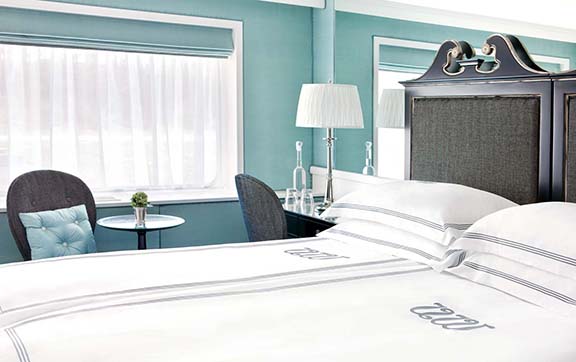 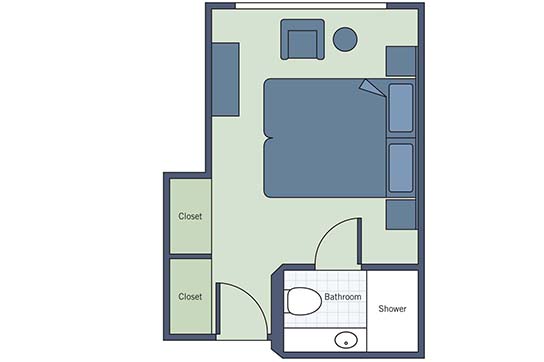 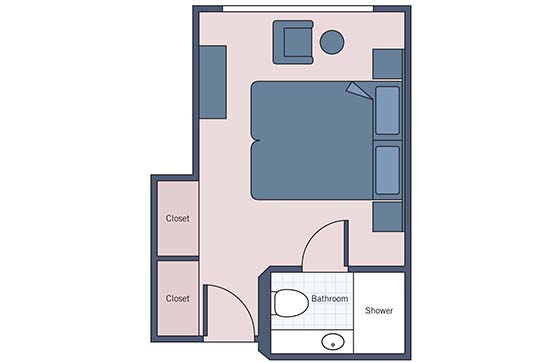 Arrive at Istanbul Ataturk Airport, where you will be transferred to the hotel.

Today’s panoramic tour takes you to Istanbul’s greatest sites, including the impressive Hippodrome, distinctive Blue Mosque, spectacular Hagia Sophia, and magnificent Topkapi Palace. Then wend your way through the vaulted passages and six thousand merchant stalls of the Grand Bazaar.

Note: Sultanahmet (Blue Mosque) is a place of active worship. Ceremonies may restrict visitors from entering at times. At all times, please obey mosque etiquette.

Explore Istanbul’s many charms at your leisure. Stroll the Turkish and Islamic Arts Museum or take in the Basilica Cistern, with its forest of marble columns. Then depart for the Romanian capital of Bucharest.

Start the day with a panoramic tour of eclectic Bucharest and visit the extraordinary People’s Palace, home of the Romanian Parliament and the second-largest building in the world. After traveling to Giurgiu, board your Uniworld ship and sail for Rousse. In the evening, enjoy a Captain’s Welcome Reception and Gala Dinner.

See the majestic ruins of Tsarevetz Castle in Veliko Tarnovo and the frescoed Nativity Church in Arbanassi before enjoying a typical Bulgarian lunch. Or opt for a tour of the countryside, including the UNESCO-designated rock-hewn cave churches of Ivanovo and Basarbovo and the beautiful Rusenski Lom Nature Park.

Spend a peaceful day cruising the majestic Iron Gates, a spectacularly scenic stretch of the Danube that marks the boundary between Romania and Serbia.

Enjoy a panoramic tour of the city, driving past the National Museum and Parliament, before visiting the vast Kalemegdan Fortress. Or, if you’d prefer a more active option, you can bike Belgrade, discovering sites relevant to the city’s more-immediate past, from WWII to today.

Children will perform for you at their school before you take a tour of the town and savor an exclusive home-hosted lunch with a Croatian family.

FEATURED EXCURSION: Excursion to Pécs with exclusive wine tasting in the Villány Hills

Journey to ancient Pécs before adventuring into the spectacular countryside for an exclusive wine tasting.

FEATURED EXCURSIONS: Choice of Budapest city tour or exclusive “Do as the Locals Do” Budapest walking tour

A panoramic coach tour shows you Budapest’s top sights, from Castle Hill and Parliament to the Grand Market. Or discover the city’s treasures like a local: hop the metro to a famous pastry shop, stroll romantic Károlyi Garden, and visit Market Hall.

Take a motorcoach to Szentendre Island’s Bodor Major Horse Farm for a private reception and a dazzling display of horsemanship.

Take a guided stroll through Bratislava, or get a feel for village life by spending the day at Biskupice, where you’ll visit a manor house that has been transformed into a museum—and a brewery!

Enjoy a panoramic tour along stately Ringstrasse to the regal Winter Palace. Or, opt to explore Vienna’s artistic side, with a visit to the majestic Belvedere and the spectacular Kunstkammer at the Art History Museum.

Note: The Art History Museum is closed on Mondays; if the tour lands on a Monday, Albertina Museum will be visited instead.

Enjoy the day on your own. You might like to borrow one of the ship’s bikes and tour nearby Danube Island’s verdant nature preserve. In the evening, enjoy a Captain’s Farewell Reception and Gala Dinner.

Disembark the ship and transfer to Vienna International Airport for your flight home, or extend your stay in Prague.

Note: Order of sightseeing may change throughout the itinerary.  Substitute visits to other sites may occur during your trip due to water levels or other uncontrollable factors.

The stunning foyer of the 128-passenger River Princess sets an indulgent and luxurious tone for your European journey. Throughout the ship, jewel-tone greens, warm browns, and mix of black of white create a sophisticated ambiance, while stylish public areas—including a Main Lounge, a Sky Lounge, and a Captain’s Lounge and Library—provide comfortable places to curl up with a good book, chat with friends, or sip your favorite cocktail.

Lavishly appointed riverview staterooms and suites have handcrafted Savoir® Beds of England draped in high-thread count 100% Egyptian cotton sheets and European duvets, along with a menu of pillow options.

Uniworld’s meticulously designed ships feature enticing public areas and luxurious amenities, including a lounge with full-service bar, well-equipped fitness center, restaurant, Serenity River Spa, and a Sun Deck where you can relax and take in the ever-changing views.

The 130-passenger River Duchess is decorated in soft hues of blue and green complemented by soothing earth tones, providing a tranquil and elegant onboard ambiance. Enjoy spectacular and ever-changing views of Europe’s most enchanting waterways in the ship’s stylish Blue Danube Lounge, Palace Restaurant, or the La Motte Sky Lounge.

Lavishly appointed riverview staterooms and suites have handcrafted Savoir® of England beds draped in high-thread count 100% Egyptian cotton sheets and European duvets, along with a menu of pillow options.

Uniworld’s meticulously designed ships feature enticing public areas and luxurious amenities, including a lounge with full-service bar, well-equipped fitness center, restaurant, Serenity River Spa, and a Sun Deck where you can relax and take in the ever-changing views.